A tribute to a hero 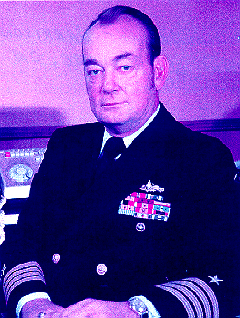 How many of us spend very much time thinking about what the 4th of July really represents?  Most of us, myself included, spend more time thinking about where we are going to view fireworks or what fun and relaxing activity can we participate in and with whom.  But, for some reason I have been thinking of my late father this holiday and all that he contributed to the way Americans live today and what he would think of the way we loosely use the term “hero”.

My father was a jumble of contradictions–a quiet man who’s mere presence commanded attention as soon as he walked into the room, a tough disciplinarian for those who worked for him (and his 4 kids when we were younger!) but allowed his granddaughter to get away with anything, at times a pompous son-of-a-b…. but a softie at heart and a brilliant engineer who designed the launcher for the missiles used during Desert Storm.  I remember his pride, seeing his efforts working as they should!   But most of all my father was a patriot.  He spent 30+ years in the United States Navy and when he retired as a Captain it was probably one of the saddest days of his life.  During that time he served three tours of duty in Vietnam commanding a fleet of river boats, an assignment so dangerous that it was volunteer only!  And when I learned about the POW training he went through before he left he truly became a hero in my eyes.  Sadly, it was these tours of duty that ended his life way too early…he developed Parkinson’s like symptoms as a result of his exposure to chemicals and this brilliant man was reduced to a quivering shell with a mind that still worked and a body that had betrayed him.  Even if he could have known that this was the way his life would end, I know my father would have volunteered for those tours (and the Korean War and everything else he did) anyway.  My definition of a hero is someone who puts other people’s needs before their own, often resulting in death.  That was my father and I rank him right up there with the likes of the first responders on 911 as well as the 19 firefighters who tragically lost their lives this past week in Arizona and, most of all, with  all of the servicemen and women, regardless of rank and assignment, who agree to defend this country with very little compensation or recognition.  Thank you to all of you for allowing the citizens of America to enjoy one more 4th of July basking in the freedom we so take for granted!  And thank you, Daddy.

What about me? In a nutshell I am a middle-aged interior designer and freelance writer, mother of an amazing 27 year old daughter, wife to my semi-retired lawyer husband and step-grandma to two delicious babies. From my earliest memories I have been fascinated with interior decorating and love to share my passion for beautiful rooms with anyone who will listen. Join me on this blog as my husband and I enter our empty nest years and move back into the first home we bought when we were first married that has been a rental for the past 15 years. I will share our experience with remodeling as well as other ideas and thoughts that I hope will inspire you.
View all posts by hayniedi →
This entry was posted in Uncategorized and tagged 4th of july thoughts, hero, US Navy memorial, what makes a hero. Bookmark the permalink.

Would love to hear your thoughts Cancel reply